‘Rari sittin’ on 24’s, ya digg?
I cut the bitch, she couldn’t play her role, ya digg?
A couple million plus I spent on clothes, ya digg?
Bitch actin’ like she scared, I bought her a Ghost, ya digg?
These lame ass rappers tryna see if I fucked their bitch, you know I did
Got three hundred pounds at the spot and it all disappeared, you know where they went (What?)
Ain’t worried about a ho tellin’ her best friend I’m cheap, she know I’m rich
Got four-five hoes on a jet and it’s only me, you know I’m lit (Yeah)
I’m a hot head but my heart cold and bitch just wanna thot
I done ran it up, I ain’t goin’ broke, that shit ain’t in my thoughts
I’m a real player, if you play it wrong, you can’t keep the shit that I bought
Got a white girl like Mary Jane, tryna swing in like Peter Parker
Can’t blame him, that’s my son, he just doin’ the shit I taught him
On Rodeo in a Maybach, they think that that’s Rick Ross
Wanna fuck me, she a broke bitch, sorry boo, that’s a big, “Hell nah”
Wanna sneak diss, it’s cool though, but your ass better not get caught (Fa, fa, fa, fa, fa)

Got 50’s/fifties, 30’s/thirties, switches, every pole, ya digg?
Brand new money, blue notes fallin’ out my clothes, ya digg?
This my business, can’t nobody know, ya digg? (Nah)
Nigga shakin’ my hand but he really wanna cut my throat, ya digg? (Shh)
These lame ass niggas get dropped from left and right, you know I did it (Alright)
When she put her hair in a bun and grab my belt, I’ma know it’s real (Ooh)
I’m heavy handed pourin’ and all my cups be over spiled
I done popped me a Act’, a pint, this shit so red like roadkill

That lil’ hunnid thou’, I made that shit five times, no deally (Fuck)
He rap about opps but ain’t put demons down, he silly (Haha)
I’ma shop when I land, I ain’t gotta take no bags, each city (Yeah)
I’m fuckin’ his bitch and talkin’ about it in my raps, he gon’ kill me
I’m walkin’ a check, got six-fifty on each leg, ya digg? (Yeah)
Dollar Faygo, nah, it’s worth a band, ya digg? (Ooh)
Amiri flannel blue, I’m dressed like Craig, ya digg? (Ooh)
Just like Simon, bitch, better do what I say, ya digg?
I go to the club with it on me, I seen niggas die tryna run to the whip, yeah
My life is a movie like Paid in Full, my unles, they hate that I’m rich, yeah
I might go to hell, I’ll ice skate with the devil before I put faith in a bitch
I fucked her so good, she ain’t ask for the money, I was ‘posed to be payin’ her rent
I’m givin’ the blicks to the shorties for free, but they only get paid for a hit
I’m capital P, how I’m peelin’ these pints and paintin’ these pops like Prince, yeah
It come out the wrapper, it shine and glisten, it look like the fakes on a fish
The way I was kickin’ my pimpin’, a regular nigga, he can’t even digg (Damn)
I done dressed up, all my cups look like Suge Knight, you know they red
My Glock so switched, it went from Kris to Caitlyn, you know it’s trans
Who that flew by in the ‘Rari, smae color Trae Young? You know that’s twin
I done fucked this ho for a year, I ain’t go on no date, she know we friends (Fa, fa, fa, fa, fa)

Got 50’s/fifties, 30’s/thirties, switches, every pole, ya digg?
Brand new money, blue notes fallin’ out my clothes, ya digg?
This my business, can’t nobody know, ya digg?
Nigga shakin’ my hand but he really wanna cut my throat, ya digg?
These lame ass niggas get dropped from left and right, you know I did it (Nah)
When she put her hair in a bun and grab my belt, I’ma know it’s real
I’m heavy handed pourin’ and all my cups be over spiled
I done popped me a Act’, a pint, this shit so red like roadkill

I’d rather chase that check, that bag, stash 9 M’s over 1.5
Damn right, I got a dime, they don’t see me
I was probably wearin’ Tru’s before Chief Keef
Drop a five in the Sprite, bitch, pink, pink (Yeah)
If I knock a bitch down, hear, “Ding, ding”
Time to go, Chrome Hearts vest four thousand (Yeah)
What about the coat? Turnt young nigga, I know
Never surrender, nigga askin’ why I tote, bet if I up, I blow
Fucked they bitch, I know, 100 G’s, five for a show, nigga
I got the Cat, the Track, the Urus, the bac, I bet if I call she fuck (Hello?)
I got T-Rex the bike, T-Rex the truck, that shit like two hundred somethin’ plus
I’m the turntest nigga you know from the city, you digg?
Bitch, if we catch him, you know we gon’ kill him, on my kids
This Big 4 shit so for real, I still spin just for the thrill
But where you at? I’m on his heels, pull up on me, I’m at Liv (Miami) 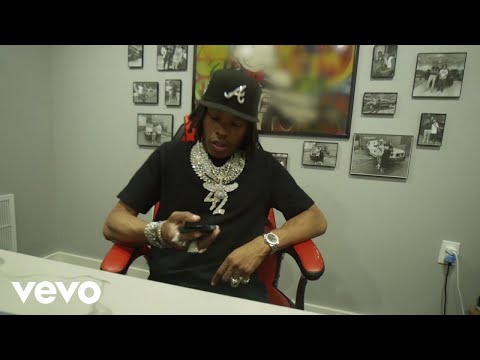