When I grew up, criminal were my heroes
The beanie from New Jersey Drive over my earlobes
From jump, it was always fuck cops and the bureau
Mix of Casper, Harold, Hunter, and De Niro
Now I’m with my kids and we watchin’ Olaf
And I’m like, “Damn, used to wanna be like O’Dawg”
Tuck the Deuce Deuce under the goose, boostin’ y’all
Couple screws loose, cashier turns, poof, I’m gone
Seven, I heard NWA in the street
From my older neighbor who was playin’ “Fuck tha Police”
Eleven, writin’ graffiti, fifteen, I’m sellin’ weed
By sixteen, I had an MPC
(It was Hip Hop’s fault) That I wanted to grow up
Sell drugs, smoke, drink Mad Dog and fuck
Wanted a windbreaker and some Eastbay kicks
Wanted a perm like DJ Quik
My mama said, “Ben, are you aware your hair is way too thin?”
But in my mind, I was Junior High Iceberg Slim
Feelin’ fine, gettin’ high, spendin’ time with a bitch
Takin’ Heineken sips, this is live as it gets, shit
But me, man, I wanted to be a vandal
Wanted to kick it with the people livin’ in the bando
On Third and James by the fountain where they panhandle
Runnin’ from the cops, pullin’ scandals, those where my heroes

Back in the days, at the Boulevard on Broadway
Before the downtown turned to a big All Saints
I was rollin’ ’round with the forty-ounce of malt drink
Posted up in front of the 7-Eleven all day
My heroes didn’t look yours
My heroes didn’t look yours, nah, nah
They didn’t work a nine-to-five, they worked a five-to-four
Woke up at three and recordin’ more
See, my heroes died of overdoses, ridin’ for the culture
Mind tied to psychosis, all the lies in show biz
My heroes shot dope and inhaled blow in their noses
Got locked up, got out, and did some more shit
I got that devil in me and a bunch of Henny with me
And we fuck up any city, heavy hitting, any innings
Steal the pancakes off your plate and then I’m robbin’ you at Denny’s
In a Plymouth that is tinted and the sherm has got me spinning
You don’t want it with this, put the truck in his ribs
We don’t fight fair, fuck that, we jump and get our licks
Reds and whites flash through the dash, hop the fence
Wake up, smoke a blunt, hit the park and do it again
For my heroes 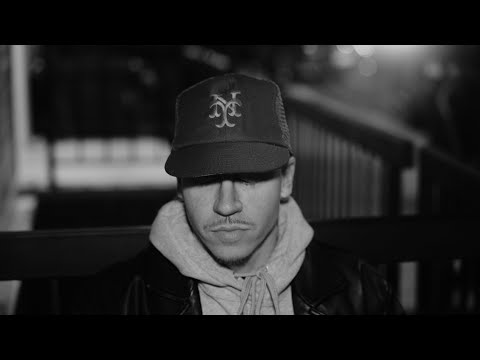