I’m nobody special, man y’all best remember
I’m just a kid from West Virginia who puts in the effort
Ah man I love the pressure, nobody does it better
I shoulda dropped out of college after one semester

‘Cuz I knew back at 17 I was gonna live my dreams
Sippin’ Mickey D’s sweet teas eating Krispy Kremes
Always has mud on the tires but I was Mr. Clean
Man I swear 11th grade feels like ancient history

Now we growing up, life is really slowing up
I’m realizing there’s more important stuff than blowing up
Find a women show her love, listen and keep showing up
Keep your friends close hold ’em down, never hold em up

Learn to prioritize, enjoy the morning skies
Reality in my home state you’d be mortified
Kids is paying student loans until they’re 45
Addicted to prescription drugs can’t even enjoy their high

We standing six feet apart, they laying six feet in the ground
Momma’s got a broken heart she livin’ in an empty house
I put the key in the ignition, rev it up and drive around
This creek is only two feet deep, but I still feel like I might drown

I got some friends on tour, but they ain’t musicians
Hometown heroes living with sins asking forgiveness
Making papa proud just following tradition
All these men and women are somebody’s children I’m just reminiscing

Coal miners working, farmers plowing, hard work over talent
Daddy’s working late nights all week like he’s Jimmy Fallon
It’s a balance, just wishing he could give his kids allowance
But he’s paying off medical bills that’s in the tens of thousands

This world is small when all you’ve seen is just this little town
Moving away and getting out is all you think about
I used to drive around Virginia Ave, flying down
All them stupid things I used to do I’d never try ’em now

I’ve learned so many lessons, I’ve made friends with karma
You’ll treat people right just to have em wrong ya
They lie and say, “what doesn’t kill you only makes you stronger”
Where I’m from, if it didn’t kill ya they prolly used some Narcan on ya

So I ain’t Democrat, I ain’t Republican
I’m somewhere in the middle mad at the government
‘Cuz people here in Appalachia still suffering
Get down on my knees at night pray that Jesus comes again 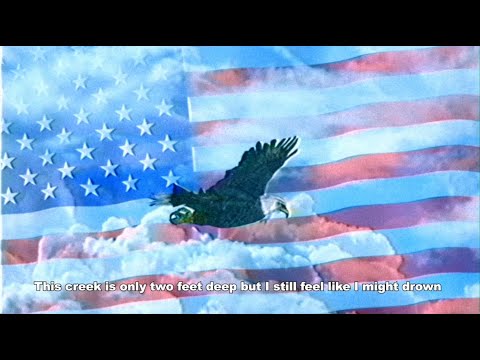