$UICIDEBOY$ – No Matter Which Direction I’m Going, I Never Chase These Hoes Lyrics

$UICIDEBOY$ – No Matter Which Direction I’m Going, I Never Chase These Hoes Lyrics

Landed in the 504, at 5:04, yeah
Back at home where life’s a bore, try not to snore
I should fly some bitches down, about five or four (Okay)
Four or five days later, later alligator
Already thinking about when’s the next tour
From recording in my shed to having like three rooves over my head
Ruby leveled up
I got like six whips, I don’t need the keys to the Rover truck, anymore
Watching the palm trees, sway in the breeze, a moment of peace
I hope there’s plenty more

Hoes, they want the screwing, I’m just looking for the chewing mane
Chrome thang riding while I swang, swerving lane to lane
Sipping on some drank with a skank who got a coke head name
Something like Brandi or Candy, maybe Tammy
Fuck it, they all the same
Part of the game, I don’t trip, I just give ’em dick
Off the fent looking like a lick, pimpin’ like I’m Mic
Lunatic, Slick he run the North like the Bolsheviks
Come on bitch, fuck her back outdoors, now my neighbour pissed 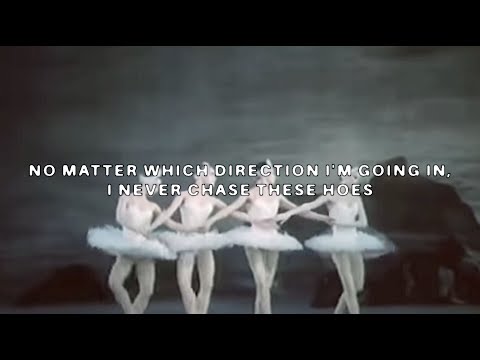