Flat broke, having Richard Mille visions while I’m chilling in my loft
My children miss they father, workin’ out, I’m missin’ calls
Suffered at the hands I love, trust come with a cost
Exhausted, as I recover from the millions I done lost
Feelings come across, everybody ’round ain’t really with me
Ever been on this side of the fence? You got to feel me
Rumour since a kid, a lot of people wanna kill me
They just talk good as a bitch, I’m by myself, bitch, come and get me
Cannon got a fifty, you flinch you comin’ with me (Comin’ with me)
Standing on that business, I’m slanging it ’til it’s empty (‘Til it’s empty)
In the streets of B.R., it’s the hardest way of livin’
The good die young and all the others go to prison
My heart been under strain, a lot of things that I don’t mention
Ain’t hands-on with it you can’t paint this kind of picture

Wanna forgive, but there’s a lot that I can’t let go
Disrespect me, you got to be careful in the Metro

With me right or wrong, they’ll respect the way I’m built
Hardheaded in the past, ’cause I ain’t let ’em pick my friends
Same people I’m relyin’, and be tryna to get me peeled
[Pimpin’?] sayin’ it’s the consequences of keeping it real
They admired and they envied fake cases, they gon’ build
They’ll ove to see me liberated, this is not a drill
Safety pin, flip a nickel rocks, and turned it into zips
On the clock working the digit scale, we weigh up every tenth
From the J’s receiving change, how we turned it into bricks
Addin’ corners, grabbin’ soda then, gon’ stand up in the kitch’
Yellow box and plastic bag, this ain’t no sandwich gettin’ fixed
Stuffed the package in the corner, ripped the bag, and burned the tips
I had tears as survivor, back and forth to Texas taking trips
I don’t bail, juggin’ hard to pay the lawyers and the rent
On color code wearing gloves in case they caught me in the piss
Prayed for a crooked attorney, so the case can get dismissed

Convicted felon, heavy metal what I kept close
Disrespect me, you got to be careful in the Metro

Based on instruction, the game, and reality
Life on the main stage, can’t let them shackle me
Remember every missed meal, that hunger pain fluent
This allowin’ me to make grown-man music
Grown-man music
Yeah, we makin’ grown-man music

Wanna forgive but it’s a life that I can’t let go
Disrespect me, you gotta be careful in the Metro

Back in every way, feel alert when pumping petrol
Servin’ dog food, turned the trap into a Pet Co
Compartment with the strap attached, we not talkin’ velcro
Keep it on my lap, receive the pack from off a cellphone
Kelly top drop, let down the flap when I’m on Melrose
Foreign bitch from ‘cross the border, in the water in a sailboat
These other rappers lyin’, I still get it for the L.O
I’m a General, so, who the fuck is I’ma tell on?

Wanna forgive but it’s a life that I can’t let go
Disrespect me, you got to be careful in the Metro

Remember and they miss me, the hunger pain fluent
This allowin’ me to make grown-man music 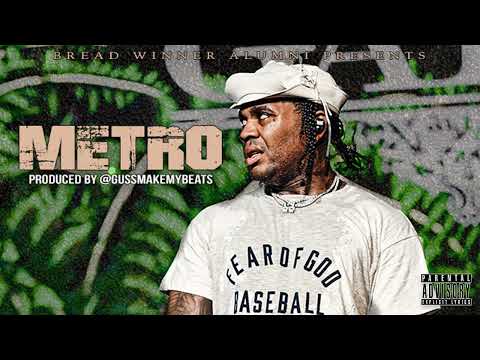