Shadow Of Intent – Blood In The Sands Of Time Lyrics

Shadow Of Intent – Blood In The Sands Of Time Lyrics

Only the dead have seen the end of war

Empires fall
Years have progressed and are forsaken
The meek are cast down
The strongest garnering the gains
Sounds of war echo on in solemn spirit
The blind, the sick, the old, the young, even the demons hear it
And as time passes on, these situations
Remain a constant in the name of indemnification
The oozing black heart below the surface is calling outward
And those who dare listen shall be relentlessly pulled under

Always mobilized
Eager to pulverize
Corrupt, destabilize
Autonomy strung up high
The whole are dead to rights
Nothing shall ever suffice
Our end is prophecized
The suicide of our kind

Rejecting signs as the grand clock unwinds
Oil pipelines pour spilled blood in the sands of time
We walk the earth and still the ground, it trembles

Transcending elements
From death we cannot hide
Suicide of humankind
Kiss of death claiming lives
To persevere is no option
Reset, rewind 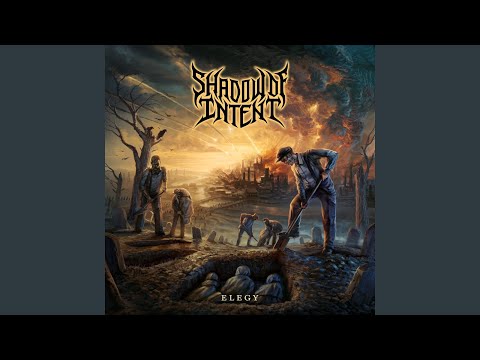