BabyTron – Prince Of The Mitten Lyrics

BabyTron – Prince Of The Mitten Lyrics

Me and Stan ran it up off of EDD
Bitch’ll never get a ring like CP3
Ain’t no coffee in my cup, bitch, I’m drinking lean
Caught ’em broad day, easy breezy, I ain’t need a bean
12 had to let me go, I told ’em I ain’t see a thing
Yeezy fiend, closet stacked with Adidas sneaks
Trackhawks, Hellcats, shit look like Need for Speed
Best believe I’ma be the GOAT when I leave the league

Puncher next to me, made a hunnid off the dark web
Doggy got that fake BAPE, hunnid for a shark head
T-shirt Chrome, tell the lil’ bitch my heart dead
Vanilla this, vanilla that, the young Tron was giffy grabbing
Made his whole car stop, I fucked around and 50 cal’ed it
Late night, you won’t be talking, something like Jimmy Fallon
Put that lil’ fucking gun down, my hitman really active

Two titties, give yo ass a hunnid piece
Track.2s, walk around in thousand dollar running sneaks
Ksubi jeans looking tight ’cause it’s a dub in these
2014, True Religions, belt double G’s
So much ice on my neck, the bitches in the club gon’ freeze
All the shit I seen up in my life’ll make your stomach quease
Thinking shit sweet? Huh, come and see
Fell asleep and woke up confused, I done drunk a three

If the chopstick jam, shit, I’m getting hands on
If yo pieces hitting, why you never put yo mans on?
Mm-hmm, cut it out, you a ham, bro
Thousand dollar coat, thousand dollar coffee cup
I got fifties, I got hunnids, lil’ bitch, the joggy stuffed
Pendant after pendant, I’ma have Hutchie sauce me up
Touch a hair on me? Guarantee we sending doggy up

Free Ric’, what brodie did? That shit was legendary
Poured an eight in January, I was sleep till February
Pretty bitch, she look too nice but the head was scary
Three-five after three-five like it’s necessary

Five thousand dollar fit, I’m dressing excellent
I slide down, you the type be sending messages
Nah, for real, see him out, I bet we pressing him
I ain’t road running, shit, I sent seven Mexicans

Whole lotta choppas at the spot, bitch, we like the army
I just hit a bitch off the buffs, say she like the Cartis
I can out-smoke Bob, bitch, I’m high as Marley
Chilling at the crib making pape’, ain’t the type to party

Chopstick rusty, unky sliding with an old rifle
Sliding in a Striker, no registration, no title
Scam star, brodie in the kitchen by a snow pile
I got a lotta kids trying to steal my whole style

European sneakers every day, my closet look like Saks
Fool sipping NyQuil, he thinking that it look like Act’
Pack of Backwoods pearls, shit, they look like Blacks
Said that he had thrax, opened the pack and it looked like cap

Five percent tint, you can’t see shit
Tryna ride the wave? Fuck around and you get seasick
Pay this motherfucker off, we don’t lead switch
Keep your lips sealed, you know loose lips, they sink ships

Eighty racks, put it in my Louis V. backpack
Hellcating, bitch, we upgraded from them Scat Packs
Ran it up fast, shit, I should’ve played some halfback
It don’t matter what the fuck you make if you can’t stack

Miami in November, feel like Ray, shit, I’m living life
If you care about it, don’t quit till you get it right
I pray for you if my shooter got you in his sight
Shit talker, I been doing this since Fisher Price

Habibi firebombing, got a missile tucked
If them robbers come through then I guarantee they give it up
Lifestyle huge, this basic bitch, she into little stuff
Hit a bucket, shit, I’m getting clutch
Unky spot a fiend, whip it up and then he fix her up
You ain’t got the heart, go ‘head, pull the trigger, punk
Dog Shit Militia, ShittyBoyz, it ain’t no switching up

Dior kicks, Mike Amiris, Glocky with the switch
Hitman a motherfucker, catching bodies, no attempts
Out the way but I’m still prolly in the mix
Wocky, I’ma sip, got me feeling godly in this bitch

Widebody, don’t know where to park at
Unky in the kitchen whipping in a Chrome Heart mask
Chop with the telescope’ll send ’em where the stars at
Backwood full of moon rock, I’m where Mars at

Tell a bitch shut the fuck up, with her broke-ass
In that Transformer, big engine, finna float past
Ninety dollar eighthy in the ‘Wood, I only blow gas
No pass, gang sliding down like the road’s bad
Ain’t no ho in I, I step dolo
Pocket look azul, red bottoms, every step rojo
Need a pair of new Yeezys, shit, I’m finna check Nojo
Paint his nose red, we ain’t aiming at yo chest, bozo
High as hell, done woke up off the Wock’ like, where the fuck I’m at?

I don’t fucking scrap, you throw a jab and I’ma up the strap
Punching jacks at the scam house, I’m finna double back
Ten thousand dollar fit, I spend a dub in Saks
This some zaza, you smell it even when it’s bubble wrapped

Hey
Dog Shit Militia, ShittyBoyz
You know what the fuck going on
Can’t fuck with me
Yeah 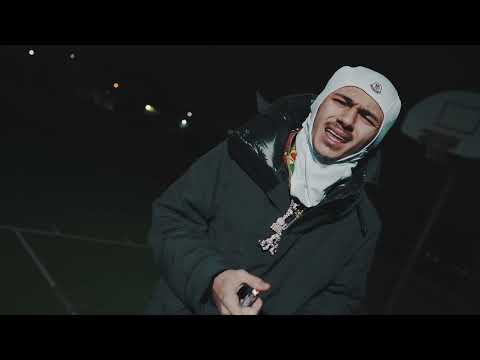