I got homies in the set who ain’t never seen the beach
And I got homies rest in peace at the age of twenty-three
Pete sakes, got us locked in
Mind frame like it’s boxed in
Palace jacket match the army fatigue
I chuck a P to the sky for all my niggas who ‘ceased
Street legend worldwide, really am who I be
That’s why I’m good in every section where they chuck up the B
I hit the county mainline and really said where I’m from
Travelled ’round the world and told these niggas it’s Blood
Now I’m out in Buffalo, you see Westside Gunn
You see Benny the Butch, you see Conway ‘nem
Gotta do it for the homies livin’ life on the run
P Worthy, where you been? I been stackin’ my funds
Still keep a bitch down, baby girl, you the one
‘Cause you done brought me the bread, you done copped me the whip
You was with a nigga then, ten toes on the strip
Really rap what I live, so they know it’s legit
Used to keep a eight ball with my ho on the year
Where you goin’ Blood? We hangin’ out, brang ’em out
The old-school Chevys, big homies in the glass house
Smash out, we sailin’ down Bentral with our flags out
Blabbermouth niggas better keep the hood out they mouth
Or end up missin’, nobody know your whereabouts
Air ’em out, I head to DC eatin’ carryout
Thuggin’ with some niggas outside of Wayne Perry house
I did that, the homies did they shit when they slid back
Shit bracks, especially summertime in the hub west
Big press, we talkin’ full court, this the Staples Center
Niggas got staples in they stomach where the bullets entered

White tee (Man), wipin’ off the shells for this G, man (Damn, numbers)
Bruce Lee, transport the kicks in the caravan (Trap)
Ford Taurus hit the block (Man), nigga, scram, tuck the blam (Uh)
Five years old (Damn) when I seen my first crack deal (Numbers)
Count two hundred thou’ cash (Uh, damn), I got time to chill (Chill)
If they search the whip (Damn), then it’s ten for this thirty-six (Goddamn)
Chances that we took (Uh), plus I had to turn the tricks (Damn, ayy, ayy, ayy, ayy, ayy)
Fuck it, mayne, life’s a bitch, we just tryna get rich (Numbers, ayy, ayy, ayy, ayy, ayy)
I’m lookin’ at the pain different (Man, for real)
Go hard, my nigga, we still livin’ (Damn, goddamn)
I’m still strivin’, still motivated (Man), I’m still him (I’m him)
It’s hard to hit a movin’ target (Yeah), I calculate my steps (Uh, maneuver)
You gotta understand this shit (Damn, shit), you gotta pay attention (Pay attention)
And if you gotta put your hands on her, then you ain’t pimpin’ (Step it up)
Got it out the mud (Good job, uh), I was rarely sleepin’ (Uh, what else, Larry?)
I never cried for the recognition (Chill, never), I went and got it (Chill)
You niggas pimpin’, livin’ with yo’ mama (Uh, ayy, ayy, ayy, ayy, ayy)
Lyin’ to the bitch (Lyin’), probably why the game watered (Bad job)
Boy, stop it (Man), I’m big timin’ (Yeah, big timin’)
Big chillin’ (Numbers), lil’ wildin’ (Good job, haha, keep goin’, Larry, numbers)
New foreign (Yeah), with the title (Uh, title)
This time I bought it (I bought it), I really like it (For real, I’ma keep this, hahaha, I like this)
Fifty doin’ donuts (Donuts), wrist cost a storefront (Storefront)
Never had a tour bus (Tour bus), Uncle Larry sold what? (Sold what? What’s happenin’?)

Let’s get this money, baby, we takin’ risks all crazy
I ain’t had a diamond on this bitch, but my wrist all crazy
Full throttle, head first, like a kickoff, baby
Send bullets, interceptions, you get picked off maybe
Foreign tires, I scraped ’em, yeah, I’m shinin’ like greatness
Niggas made it through hell, it’s a blessing, I’m thankful
Wait, let me get it poppin’, ran through thousands, thousands
Countin’ for some hours, higher power, fuck a money counter
Sayonara, lemon slices with the calamari, I been goin’ hard since R&R
I ain’t play it safe, I ain’t make a statement, this the bottom line, you gotta play it raw
Chop us up, I’m gonna play her, love for life, five bitches, all Lara Crofts
I rob a nigga if he don’t lower the cost, gun flash like Mardi Gras
Long nights, long flights, I been grindin’ my whole life
And I’ma keep grindin’ until my wrist bustin’ like strobe lights, killer

Say you know just what you want
And I know just what you need, girl, so
Baby, bring your bod here, here, here
Bring your body here
Not fooling around with you
‘Cause, baby, my love is true
‘Cause with you, watch this
In a world
I wanna be with you
‘Cause you need someone
Someone like me (Let’s do it, killing that shit), girl
To stand with by your every need
‘Cause I don’t see (Nothing wrong), hey
Nothing wrong (With a little bit of bump and grind)
With a little bit of bump and- 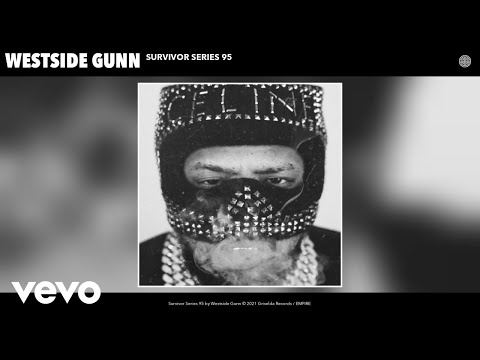