My name is Marsh and this world, I’m out of it (Out of it)
‘Cause with all this A-B-C s—, I’m startin’ to sound like alphabet
Ha! I kill me, this medicine’s counterfeit
I was mislead by the sound of it, how am I gonna get turnt up on this Valium s—?

Checked in at the Royal Garden
To chill and avoid my problems
Until paranoia caused me to feel like I’m going bonkers
For real, think my toilet’s talkin’
I spilled like, like forty bottles of pills
Think your boy is startin’ to feel like a spoiled carton of milk
‘Cause it just occurred
My girl’s cheatin’, I’m kickin’ that f—–‘ b—- to the curb
But the word “f—–‘” ain’t meant to be a descriptive word
The type of b—- she is ain’t no adjective, it’s a verb
Ho thinks her snatch is magical but that’s how she attracts men and who traps ’em and attack similar to an actual arachnid
Or a vaginal tarantula or black widow
In fact it’ll be nothing to throw that lil’ B—- with a capital B at the back window out the black Cadillac limo like a whack demo
When I’m strapped, when I spit rapid, like a ratchet
I have [?]
Been fire b—-, I can’t outrap Reynolds
Apparently it’ll be great but a napkin’ll do
Return of the whack sicko
Head spinnin’ like invisible scratch pickles
Yeah, Shady’s back, see the bat signal
It’s time to go bat s—, like you accidentally ate a Louisville slugger and crapped it, I’d like to introduce myself
Hi there, b—- my name is-

I could keep beefing
F— is the point?
I could make it really difficult for m———— to come to Detroit
If you’re still looking for smoke, I already gave you an L
I’d rather just see you in hell but I should get puff on the joint (Diddy)
Wait, run it back, I said gave you an L, in hell
Puff on the joint, I am the blunt you avoid
Used to get jumped for my poems
When I was growin’ up they said a slinky’s a wonderful toy
My mother thought I was such a fun little boy
“Oh, what a bundle of joy!”
Until the morning she suffered a punch in the groin
From the tantrum I was throwing
Like a motherfuckin’ disgruntled employee, I don’t cut the beat till I f—–‘ destroy it
Once I get going rain thunder it’s storming
Puddles are forming, I hear somebody’s voice
In my head said it’s still a dream
Then he said kill emcee’s
Trippie Redd, with pills on lean
Sippin’ meds in the limousine
Getting head, guillotine

Yeah
So all of y’all can just s— a penis (S— a penis)
I’ll do the opposite (I’ll do the opposite)
Eat you p—— like cunnilingus (Like cunnilingus)
There ain’t no stopping it (There ain’t no stopping it)
They say I’m such a genius (They say I’m such a genius)
When that kamikaze hits (When that kamikaze hits)
Now they call me “Butter fingers” (They call me “Butter fingers”)
‘Cause I just keep droppin’ s— (I just keep droppin’ s—)
You wanna butt heads?, shut up Beavis, ha ha
I got your b—- with her butt out
I’m hittin’ a lick and she stickin’ her tongue out
You got no hitters, you might be pitchin’ a shut out
She ’bout to give up the dug out
I should just live in a nut house
Right now, I live in an igloo (Yeah)
And I’m not chillin’ the f— out
Treat you like a stepparent, does to a stepchild with red hair and
Plus I get dough like Ed Sheeran, so call me the ginger bread man
I’m a stan of Redman, X-Clan and I’m a Treach fan
But I look up to myself (Yeah)
Like a f—— headstand (Yeah)
So why, w-w-why else, would I call myself an alien
How could I hit a dry spell (Yeah), I’m named after the wet lands 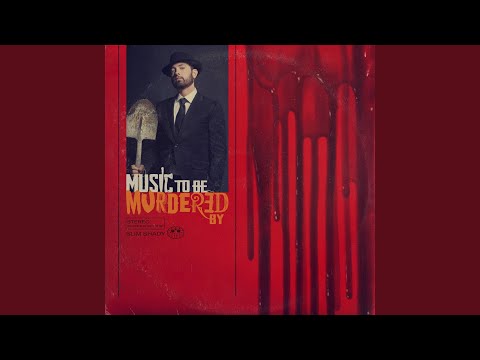